What kind of politics is involved in a product manager’s job?

I love Quora, so spend a fair amount of time there.  This particular Q&A seemed worth dual-posting.

Anonymous question: What kind of politics is involved in the job of a product manager?

My answer: ‘Politics’ has a negative spin to it.

Let’s rephrase slightly: Given that no other groups/functions actually report to product management, what are key influencing approaches or styles?

[1] Stakeholders and customers (especially if you have a B2B sales force) want what they want, and won’t be satisfied by your explanations about other things being more important. Your sales teams get paid to close THEIR deals (not to support the company’s overall strategy) and your customers have specific issues or problems they want to address. Your rational explanations about why something else is #1 on the backlog don’t end the discussion. A large portion of sales teams/customers will escalate their issue when they aren’t your top priority.

So a good influencing skill (aka politics) is making sure that your boss and grand-boss know what your top 2-3 priorities are, and why. A heads-up to them about incoming escalations is usually appreciated. (“Boss: you may get an angry call from our NYC rep about BigBankCorp. Here’s why his request would throw our entire release plan under the bus…”)

[2] Folks need to get along. It’s easy for developers to talk down to test 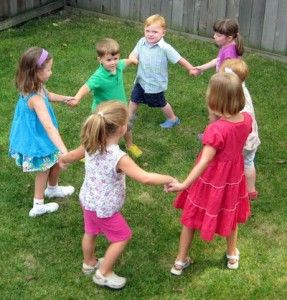 automation folks; for project managers to treat resources like chess pieces; for marketers to offend techies by over-simplifying cool stuff. Some people grab credit and shift blame. A squabbling team is not productive, and bruised feelings take a long time to heal.

So another good influencing skill (aka politics) is to be part-time amateur psychotherapist/marriage counselor. Force discussions back to the facts and issues; grab blame or problem ownership for yourself; find lots of excuses to celebrate the team; bring in customers to tell the team why they love your product. Pull thoughtless or damaging folks aside for some private coaching. (“When you do X, the team wants to put you in a pillory…”)

[3] People want to feel smart, but may be afraid of making decisions. Your job as a product manager is to get to good decisions, and then make those decisions. (It’s NOT necessary for you to be the source of good ideas, or the smartest person in the room.) But technical teams often want to debate issues long past diminishing returns. And decisions are what drives products/processes.

So one last good influencing skill (aka politics) is to vocally own controversial decisions. Stand up on a chair, declare that the future is ultimately unknowable, but that it’s your job to make tough choices. “Today, we’re choosing X over Y. And we won’t re-litigate it unless/until we get significant new facts or market reactions. Let’s move on. And if it turns out badly, I will own the consequences.”

Tami Reiss invited me to join her for a podcast episode about ethical challenges and product roles.  Hightlights: * Malicious product…

In public — and when working with the rest of the executive team — VPs of Product Management and VPs of Engineering need to be fully aligned, aka “shoulder to shoulder.”…