The Risks of Replatforming

Many companies have replatforming efforts underway.  Architectures get old, new kinds of partners or integrations emerge, hard-to-maintain monolithic code gets broken into microservices, acquisitions force integration of dissimilar systems, etc.  This is an essential part of the software product business, but fraught with poor assumptions and lack of experience/understanding.  And the majority of replatforming and reimplementation efforts I’ve seen have failed.

IMHO the #1 source of failure is setting entirely wrong expectations.  I typically hear this: “We’ll shift a majority of development effort onto our NextGen system, build a 100% plug-compatible replacement for LegacyTech by February 15th, and immediately migrate all customers to NextGen.  That lets us minimize work on LegacyTech for the next few quarters and deploy all of Engineering onto NextGen right after launch.”

Magical thinking in almost every word.  Here’s what probably happens:

BTW, decades ago Bob Epstein (Sybase’s technical co-founder) taught me that “a legacy system is any system that works.” So let’s avoid labeling the software that earns 100% of our revenue as legacy tech.  Instead, we’ll go with CurrentPlatform and UpgradedPlatform.

Coming back to the very beginning, we’ve chosen unrealistic objectives and set ourselves on the wrong path.  Consider this alternative:

new customers starting on UpgradedPlatform by September, and the easiest 30% of our installed base by December.  Each new version will unlock another segment, so we’ll move another 10% per quarter as each improved release arrives.

My long-time friend and collaborator Ron Lichty has a rule of thumb: start with the worst possible estimate for how long replatforming might take and then triple it.  (Exception: if you have a monopoly position in the market, you can push off urgent feature requests for most of a year.) 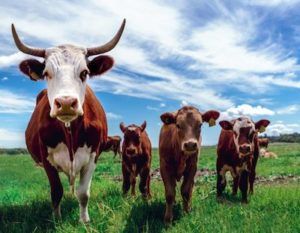 To illustrate the cohort approach, let’s imagine we are market leaders in the highly competitive livestock management system (LMS) market.  Our Hoofbeats application suite helps 5000 ranchers and farmers track their herds and submit assorted regulatory paperwork.  But it’s 10 years old; runs on a second-tier cloud vendor; doesn’t scale well; is built in technologies that developers ran screaming years ago; and has mountains of tech debt resulting in brittleness that makes every new feature a time sink.  We have to re-architect and re-platform even though most of the engineering team is working on expanding feature/function.

We’ve analyzed customer usage patterns and mapped out a series of releases that can handle increasing portions of the installed base.  Since this already lives in the cloud, we can see what users are actually doing – and group them accordingly.

And so on.  Thinking through the various cohorts and releases lets us build a realistic plan, sequence feature delivery, show stepwise progress, and respectfully notify customers.

The alternative is the worst of all possible worlds: 4800 customers on HoofbeatsTNG, 200 on Hoofbeats-Current, and maintaining both product streams for the next decade.  BTW, twenty demerits and a trip to the woodshed for anyone referring to any release as MVP.

Replatforming or re-architecting production software is a complex, expensive, risky proposition.  Most of the challenges are around dealing with internal expectations and paying external customers, not the underlying technical details.  So let’s not think of these as development-only exercises and assign sole responsibility to Engineering.

Tami Reiss invited me to join her for a podcast episode about ethical challenges and product roles.  Hightlights: * Malicious product…

In public — and when working with the rest of the executive team — VPs of Product Management and VPs of Engineering need to be fully aligned, aka “shoulder to shoulder.”…